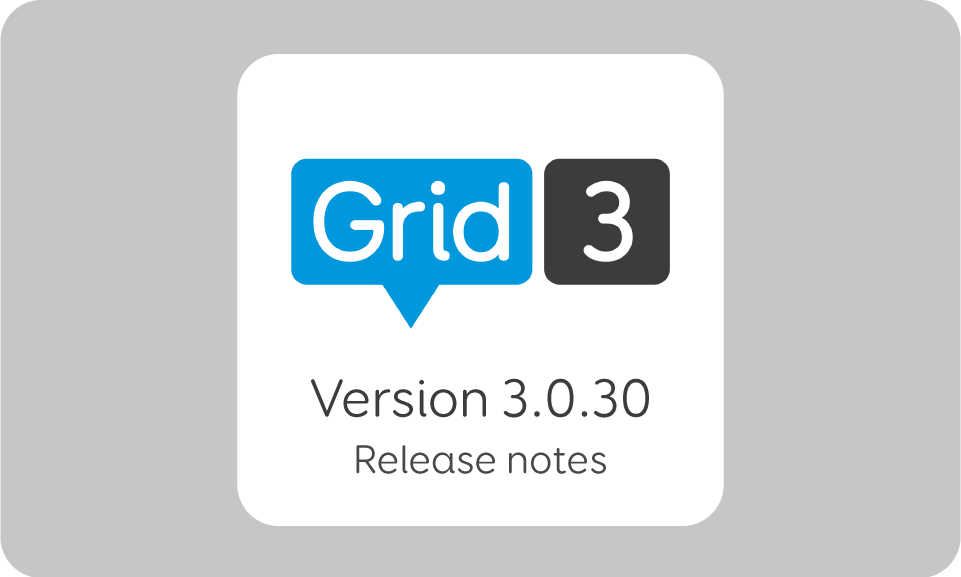 Grid 3.0.30 is now available. Here are the new features and bug fixes from the latest software update: